As the SOLE owner of Next Generation DNA Sequencing technologies in entire Cyprus, and 1 in 10 clinics in the world, North Cyprus IVF Clinic proudly offers the highest technology available in assisted reproduction to its patients. Next generation sequencing is the latest technology in embryo screening methods. Up till now, embryos have been screened via standard FISH or CGH array methods for chromosomal aneuploidies where neither method would successfully identify mosaicism. Next generation sequencing goes one step further and allows for an in-depth analysis of all the embryos produced during the IVF cycle before they are transferred into the uterus.

Both array CGH and Next Generation Sequencing are comparable in the sense that they both successfully screen embryos for chromosomal aneuploidy- abnormal number of chromosomes as well as defects such as translocations. What makes NGS different from array CGH is its superior capability to detect mosaicism in embryos whereas array CGH fails to do so. Mosacism is observed when embryos' cells have different genotypes. Next generation DNA sequencing can successfully determine if an embryo has mosaicism and specifically detects which chromosome is affected.

With the use of next generation DNA sequencing, we can both increase your chances of success with IVF treatment by selecting the "best" embryo for transfer and minimize the likelihood of a miscarriage due to a genetic disorder.

Next Generation Sequencing for Embryo Selection in IVF Treatments 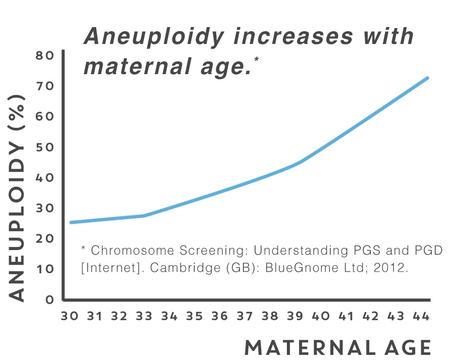 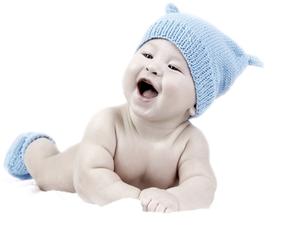 According to a large scale study conducted in the UK on embryos of several women aged between 30 and 44, it has been shown that approximately 25% of all the embryos, on average, of a 30 year-old woman would have genetic defects. This translates to 1 in 4 embryos. At the age of 35, this rate goes up to about 32%, meaning, 1 in 3 emrbyos of a 35 year old woman will have a genetic abnormality. At the age of 44, this number goes up to higher than 70%. These numbers shows that PGS screening is very important in IVF treatments after 30 years of age.

Female patient will need to have her hormone levels checked on day 2 or day 3 of her menstrual period. These are FSH, LH, Estradiol, Prolactin, TSH and AMH hormone tests.

On the same day as the hormone testing, the female patient will also need a baseline ultrasound scan for an antral follicle count. Also, your gynecologist or the scan technician will need to look into the ovaries and the uterus to make sure there are no visible problems that might interfere with a successful pregnancy.

The male partner will need to have a semen analysis done to assess count, concentration, motility and morphology parameters of his sperm sample.

At the end of the IVF/ICSI treatment, right before the embryo transfer takes place, the embryos are subjected to an additional procedure, called Pre-Implantation Genetic Screening (PGS). There are several different methods that can be used for pre-implantation genetic screening depending on the specific purpose why PGS is required in the first place:

PGS is used for screening abnormalities associated with chromosomes  as well as sex selection. It should be known that, even if you are very young and very healthy, some of your embryos are likely to have genetic problems associated with them. This will be a very small percentage in younger age brackets, but as age gets older, the amount of embryos with genetic defects will be much higher, therefore, especially after 35 years of age, prevalence of genetic problems in embryos will be more pronounced. The following figure shows the incidence of genetic abnormalities in IVF embryos based on maternal age:

PGS (Pre-Implantation Genetic Screening) itself is not a treatment method. It is offered as a part of an IVF treatment in order to screen the chromosomes of the embryos formed during an IVF cycle. If pre-implantation genetic screening/diagnosis is required as part of an IVF treatment, the initial parts of treatment will be identical to standard IVF/ICSI treatments. Once the embryos have been created and incubated until a certain stage of development, they are biopsied so that they can be screened genetically before they are transferred into the uterus.

At this point, it makes sense to differentiate between PGS and PGD. PGS stands for pre-implantation genetic screening, where the patients' embryos are screened for chromosomal aneuploidy. This is a method used for either selecting the sex of a baby or checking the chromosomes of the embryos in older age brackets in order to give patients a higher chance of success with IVF treatment. PGD, on the other hand, stands for pre-implantation genetic diagnosis and is offered as a "diagnosis" tool where patients either have a known genetic disorder or are at an elevated risk of passing a genetic disease down to their offspring. In such cases, PGD is offered to diagnose the specific genetic disorder in embryos so that they can be discarded and only the embryos free of that genetic disorder can be transferred into the uterus. PGD is offered for the following frequently observed conditions as well as many others that are not listed here:

Having made the distinction between PGS and PGD, we can now use the correct terminology, which is PGS, in the context of gender selection. Due to recent updates in IVF laws in Northern Cyprus, PGD cannot be the sole method of gender selection for family balancing purposes due to "ethical" considerations. The reason is, when a number of embryos are created without prior sex selection methods, once PGS is performed, nearly half of the embryos will be of "undesired" sex and will be destroyed. In order to avoid this, PGS has now been banned as a family balancing method of gender selection. However, it is still available for selecting the sex of baby due to genetic disorders (such as X-linked diseases). PGS is also available for couples wanting gender selection for family balancing, as long as the gender selection part of their treatment is done via MicroSort, so that the embryos that are created via IVF are of desired sex only and no embryos are discarded due to being the "wrong" gender. In such cases, we use PGS as a method of screening the chromosomes of the embryos to make sure we transfer only the healthy embryos into the uterus.

Patients opting for Gender Selection IVF treatment (IVF+PGS) will need to undergo a number of tests before our team can make an assessment of the partners' fertility levels and carefully plan the treatment protocol to be followed. Sometimes patients ask why they need to get tested since most of them do not have fertility issues and choose this treatment purely for family balancing purposes. The answer is, regardless of the purpose of treatment, the patients will be still be receiving IVF treatment, which necessitates use of medication so that the female patient has a desired number of eggs that reach ovulation, which will in turn optimize the number of embryos that will be obtained.